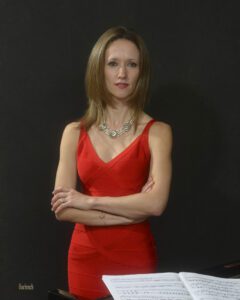 Director, Head Teacher, and Artist in Resident, Sonya Ovrutsky Fensome has joined M. Steinert and Sons in 2014. Her commitment to teaching and inspiring young people in their study of piano music has been recognized with the Top Teacher Award by Steinway & Sons for several consecutive years.
Ms. Ovrutsky Fensome’s performances are known for their fresh, imaginative, and passionate interpretation. Her extraordinary artistry brings new life to a wide array of piano repertoire, from Baroque to the 21st Century. She has performed in major venues in the United States, Europe, Russia, and South Africa – including Weill Carnegie Concert Hall and Lincoln Center in NY, Kimmel Center in Philadelphia, Aspen Music Festival, Palace de Beaux Arts in Brussels, and Lucerne Music Festival. She performed as a soloist with the Aspen Festival Orchestra, Reno Philharmonic, and Neuchatel Festival Orchestra in Switzerland. She has performed in recitals with world-renowned musicians including Sarah Chang and Vladimir Spivakov, and continuously collaborates with her brother Mikhail Ovrutsky. Earlier in her career she worked as a collaborative pianist in the master classes and private lessons of professors Zakhar Bron, Dorothy DeLay, Mauricio Fuks, Itzhak Perlman, Vadim Repin, and Pinchas Zukerman. Her numerous competition awards include the Aspen Music Festival Competition and Concert Artist Competition in New York. Her duo CD with Mikhail Ovrutsky “Turning Points” recorded for Berlin Classics® has earned outstanding reviews and was selected as “CD of the Week” by RBB
Kulturradio.

Ms. Ovrutsky Fensome holds Bachelor’s and Master’s Degrees from The Juilliard School. She attended on a full scholarship, studying with legendary professors Herbert Stessin for piano and Felix Galimir for chamber music. 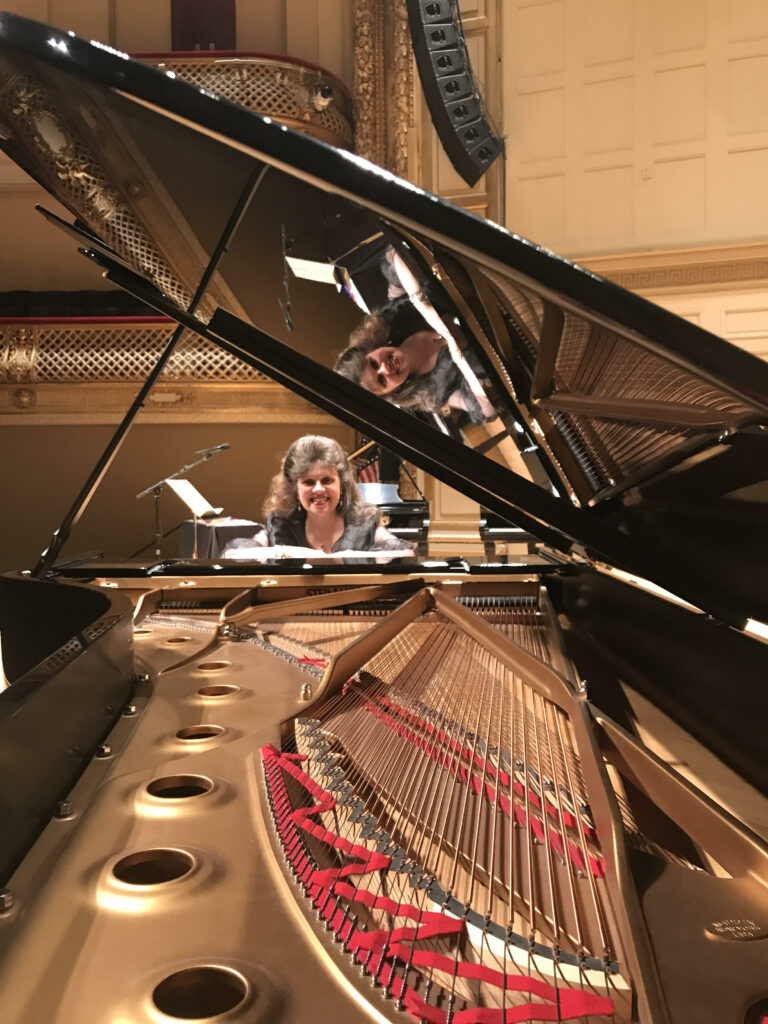 Ms. Dietrich is a concert pianist, educator, and the Artistic Director of the Steinway Society of Massachusetts since 2017. She has joined the faculty of the M. Steinert and Sons Piano Academy in 2015 and was designated a Steinway Ambassador in 2020.

Ms. Dietrich has appeared as a soloist in concert and with orchestras and has performed on such stages as Jordan Hall, Symphony Hall, and Alice Tully Hall at Lincoln Center. Regularly scheduled on both the New York Public Library and the Chopin Society of New England concert series, her artistic achievement, and collaboration with the incomparable soprano, Danuta Sava-Wysocka led to a special invitation by the Consul General of Poland to perform at the Consulate in New York. This was crowned by a letter of recognition and thanks from then-President Lech Wałęsa of Poland.

A dedicated educator, Ms. Dietrich is a faculty member at Northern Essex Community College and Mount Wachusett Community College, piano department chair and faculty at Indian Hill Music, Founder/Director of the Chopin Conservatory of Music on the North Shore, and the Vice President of the Chopin Society of New England. She is a recipient of the Steinway and Sons Top Teacher Award for both 2017 and 2018 for her vast contribution to music education.

Ms. Dietrich received her Bachelor of Music at the New England Conservatory, and her Master of Music and Doctor of Musical Arts degrees from Boston University. Her principal teachers were A. Ramon Rivera, Victor Rosenbaum, Veronica Jochum, and Professor Anthony di Bonaventura. 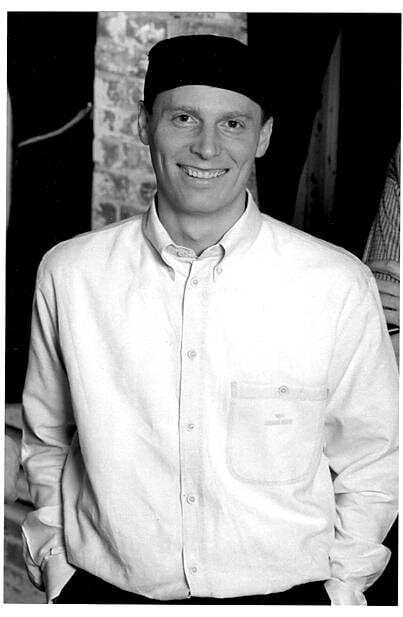 Richard Lucius has taught children and adults at all levels and has many longtime and loyal students. He has been recognized with the Top Teacher Award by Steinway & Sons for several consecutive years.  Richard joined M. Steinert & Sons in 2000.

Richard Lucius graduated from Berklee College of Music with a degree in Performance. He has performed with various jazz and fusion bands and his own trio in the Boston area. Richard has played in all the major jazz venues in Boston and toured in Europe playing jazz, pop and rhythm & blues. He has recorded CDs with several local groups n different styles such as salsa, funk, and straight ahead jazz. Richard is also a composer, and has released an album of original compositions called. The album features several nationally renowned jazz artists, including Dave Samuels of Spyro Gyra, and Marty Richards of the Gary Burton Quintet. Richard is also versatile and experienced in the use of electric keyboards, synthesizers, drum machine programming, and music software composing. 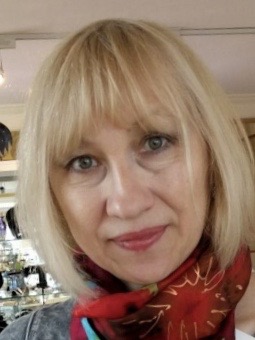 Ms. Geyer obtained a Bachelor of Arts from Ryazan Music College, where she studied piano under Marina Pobedinskaya – a student of famous Heinrich Neuhaus. She continued her study at the Saratov State Conservatoire, earning her Master’s Degree in musicology, composition, harmony, music history, counterpoint and theory.

Ms. Geyer is a nurturing instructor, who enjoys working with beginners and advanced alike. She incorporates ear training, sight-reading, and musical theory in her teaching, and puts emphasis on the fundamentals of piano technique.

Before coming to the US, Ms. Geyer taught piano at the prestigious Polyany School of Arts. A dedicated educator, in addition to her main focus, she also taught music theory and music history and collaborated with the Dance Program.

Ms. Geyer has been a Massachusetts resident since 2008. In the US, she has worked as a collaborative pianist with the Choir at the Needham Public Schools, and continuously collaborates with the Bellingham First Baptist Church. She is actively participating as a pianist at the events at the Hopkinton Congregation Church and Medway Community Church. 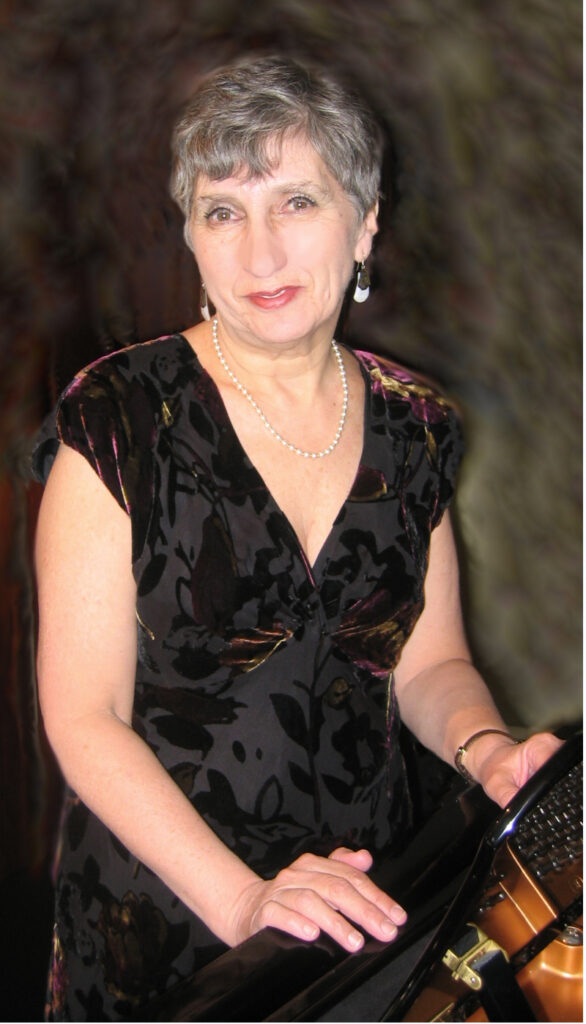 Tatyana is a graduate of the prestigious St. Petersburg Conservatory, where she earned her B.M. and M.M cum laude, majoring in piano performance, collaborative piano, and pedagogy. Throughout her career, she combined concertizing as a soloist and a chamber musician, teaching, and accompanying. Her performance life took her to numerous venues in Russia and the US. She performed in the prestigious Anna Achmatova Museum and in the Cultural Center of Elena Obraszova in St. Petersburg, and in Fort Worth (Texas), Seattle (WA), and in Boston (MA). Her performances have been recorded on Radio Classica in St. Petersburg, Russia, and broadcast on WUNR Radio in Boston. As a collaborative pianist, Tanya has worked at the Boston Conservatory, continues working at the Noyes School of Rhythm, Portland CT, and has performed in master classes taught by world-acclaimed cellist Yo-Yo-Ma and clarinetist Jonathan Cohler.

An acclaimed piano pedagogue, Tatyana has been teaching extensively in the Boston area ever since moving to the US. She was a faculty member at the Community Music School in NH and is an active member of NEPTA. Among her students are numerous professional pianists, teaching and concertizing around the world.

A native of St. Petersburg, Russia, Tatyana Shrago moved to the US in 1995 and has joined the faculty of the M. Steinert Piano Academy in Newton in 2020. 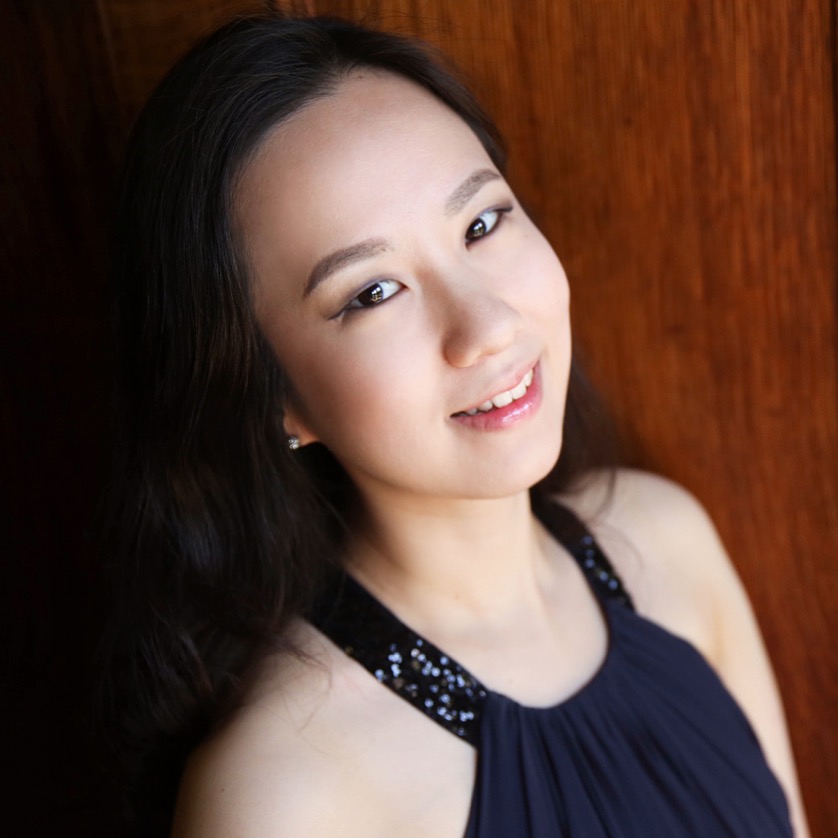 Ms. Lee has won the 1 st prize at the American Protégé Piano and String Competition and The Lilian Fuchs Chamber Music Competition in NYC. She has appeared in The Lives of the Piano Concert Series-Mendelssohn 200th Anniversary Concert- in Manhattan School of Music, ALEA III (Contemporary Music Ensemble in residence at Boston University), and Arts Outreach Initiative at BMC in Boston. Ms. Lee also concertizes as a member of Duo Nouveau. Duo Nouveau has performed recitals sponsored by M. Steinert & Sons in Natick, Brookline Library Music Association, Newton Library, and Indian Hill Music in Littleton, MA.

Ms. Lee is a passionate piano teacher. She teaches at her private piano studio located in West Newton, MA, and at Walpole High School. Yoojin has joined M. Steinert & Sons Piano Academy in 2019. 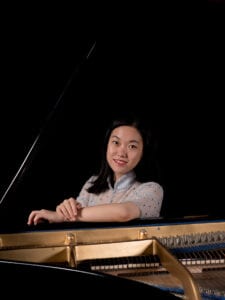 Anran Qian joined theM. Steinert and Sons piano faculty in 2021.

Anran Qian is an adventurous musician who not only loves performing on the stage, but also enjoys connecting with different people whether it is through performing classical music, improvising, composing, or teaching. Being passionate about arts, Anran strives to bring people together and foster connections between art and everyday life.

Born into a musical family, Anran started playing the piano at the age of four under the guidance of her parents. As a child, she spent many hours scribbling stories and realized that she loved telling stories on a piano keyboard even more than with a pencil. Selected amongst thousands of applicants to the Middle School Affiliated with Wuhan Conservatory in China, she received professional music training from the age of twelve. Possessing an adventurous spirit even at this young age, she left home after being invited to attend the Middle School Affiliated with Shanghai Conservatory and later completed her Bachelor’s and Master’s degrees at The Juilliard School in the United States, under the guidance of Jerome Lowenthal and Joseph Kalichstein. She is currently pursuing her Doctor of Musical Arts degree at Boston University.

Besides performing, Anran is also passionate about social outreach programs and music technology. She was selected as a Gluck Community Service Fellow at Juilliard and performed different concert programs for local senior houses, medical centers, psychiatric houses and other health facilities. She also improvised and composed music for specific audience groups. Anran has been a performer and a music editor for The United Nations Chamber Music Society, where she performed and reached souls all around the world. She believes that music can promote peace and respect for human rights and cultures, and the dignity and the worth of each person. 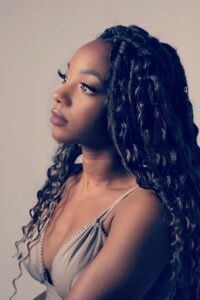 Siena joined the M. Steinert and Sons piano faculty in 2021.

Sienna Marie Tabron has joined M. Steinert Piano Academy in 2021. Ms. Tabron is a classical pianist and composer. She holds a Master of Music degree in Piano Performance from the Boston Conservatory at Berklee and a Bachelor of Music degree in Piano Performance from the University of Maryland, College Park. She has won prizes at the Northeastern Pennsylvania Philharmonic, American Protégé, Garcia Festival, and Anne Liva piano competitions, and has performed at New York’s Carnegie Hall on four different occasions. Recently, Sienna was awarded the Valentine Award at the 2019 Rosewood Fanning Piano. In addition to managing her own virtual studio, Sienna also teaches piano at the Cambridge Music Consortium in Cambridge, MA. Hear Ms. Tabron’s performance.