Home > Resource Center > Learning About Pianos > A review of the Steinway Model A: The Game Changer

A review of the Steinway Model A: The Game Changer 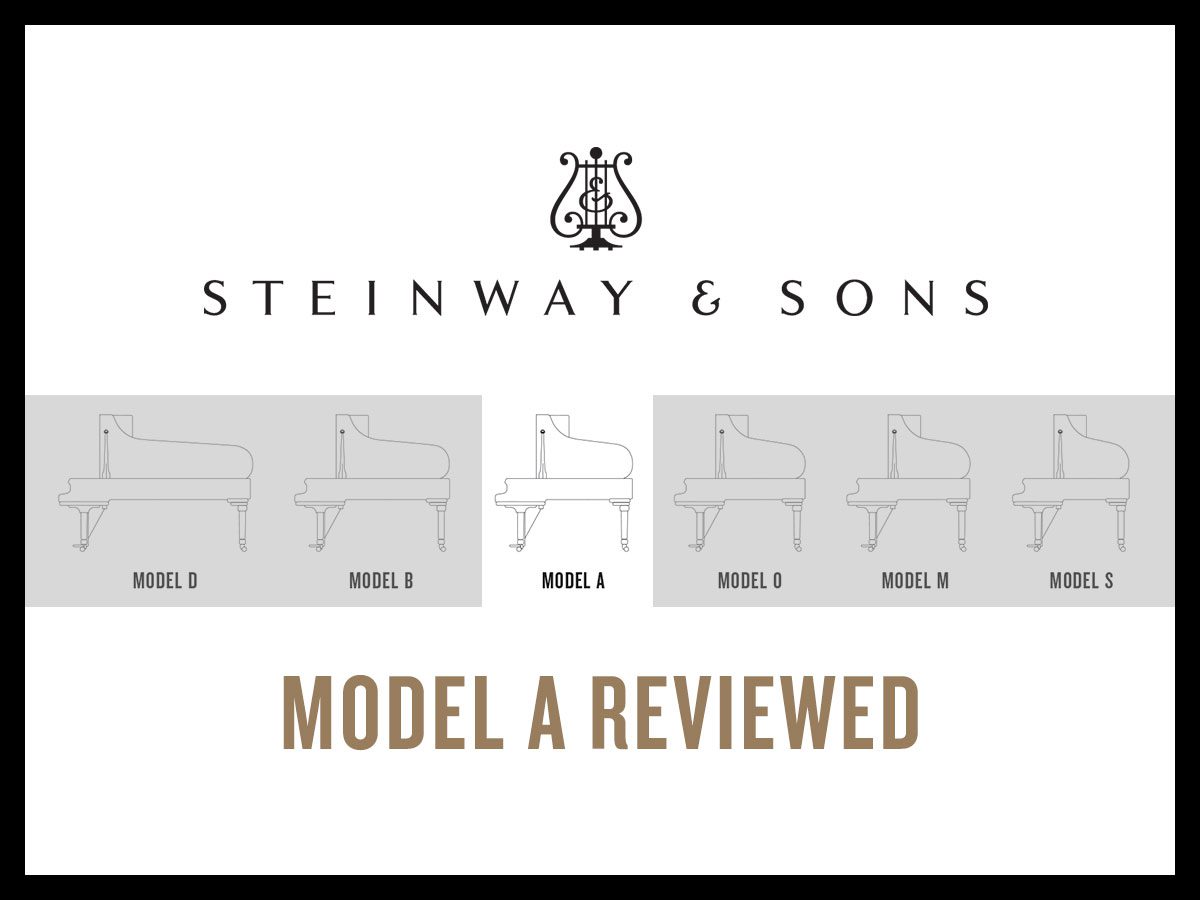 A review of the Steinway Model A:  The game changer

Let’s face it: Steinway & Sons has a dizzying array of fine grand pianos to consider.  And in an investment as important as a new grand piano, you naturally want to get the perfect piano for you.

For many, Steinway’s Model A, known as the “Parlor Grand,” is that piano.

It is a close cousin to the better-known Model B,  known as the “Living Room Grand.”

This difference in length makes the Model A an easier fit in many homes than the Model B.  However, the Model A is still long enough to accommodate those looking for a full Steinway grand that provides a concert-quality Steinway sound despite the smaller size.

Choosing the right piano is very important for one’s longterm satisfaction after purchasing such a significant investment.  M. Steinert & Sons has been helping thousands of satisfied customers to find the right piano for them for over 160 years.

The first Model A, known as the A-1, was introduced to the public by Steinway & Sons in 1876. The A-1, along with the A-2 and A-3 versions that followed, was barely 6’ in length.  These three early models, while considered in the same Model A family, had some significant differences.

For example, the first A-1 had just 85 keys, three shy of the 88 that Steinway would make standard in the late 1880s, with other piano companies following suit.

Why 88?  Keys above or below that standard 88 were considered too high or too low for the human ear.

In these earlier years of the company, the Model A was the smallest of all of Steinway’s grand pianos and had a diminished scale design than the Model B.   Early Model A pianos were much more narrow than modern ones.

Also, Theodore Steinway first introduced the solid spruce radial bracing used ever since by Steinway in this game changing instrument.

Model A-2: The game changing continues with the A-2 soundboard

In 1897, Steinway moved forward with a new Model A-2 grand. The A-2 was a bit longer than the A-1’s 6 feet.  One significant improvement was in the widening of the piano’s tail, which allowed for a larger soundboard.

This was another game-changing move by Steinway, proving that they were devoted to putting the necessary research into creating the perfect piano.

The introduction of a larger soundboard was a game-changer for the Model A-2.

This larger Steinway soundboard was a precursor to their patented 1936 Diaphragmatic Soundboard, which was designed to act like a human diaphragm.  The thickness is in the middle, with continued tapering to the outer edges.

This creates a greater variance of tone, color, and richness.  Such soundboards are found today in all Model As and other Steinway models.

A sensitive, well-designed soundboard is needed to respond to subtlety. Without the Diaphragmatic Soundboard, the tonal attributes created by the duplex scale design would be like words whispered to someone with earplugs.

Today’s Model A soundboard provides a sound that is concert-quality despite coming from a smaller grand, with a bass register that is surprisingly strong.

In 1905, Steinway & Sons introduced an additional innovation for the new short scale design for the Model A-2, which allowed for a more consistent tonal progression from bass to treble sections.  Steinway sold the A-2 has having a larger tone than any other grand piano size.

This short scale feature continued until 1914.  Stylistically, the A-2 was a departure from the A-1, in that it incorporated larger legs.

Model A-3: The “Stretch A” grand piano

By 1913, Steinway & Sons listed both the A-2 and a new model, the A-3.   The A-3 was a significant departure from the previous Model A pianos in that it is larger and possesses more power and a wider range of tone.

Some considered the Model A to be a 7’ piano in a smaller package with its exceptional scale design. As a result, it was favorably compared to the Steinway Model B.

However, the A-3 was more affordable than the B and could fit well in a smaller space. Production of the Model A-3 continued until 1945, at which point they were discontinued, perhaps to allow Steinway & Sons to focus on promoting the Model B.

After many years without any Model As, they return in 2005

For nearly sixty years, Steinway’s New York factory produced no Model As–an interesting development considering how positive the reviews had been over the years, especially for the Model A-3.

Today’s Model A: Just right for tone, size, and cost

Today’s Model A still has sufficient length to create the famous Steinway sound but, like previous versions of the Model A, this model is popular for being small enough at 6’2” to fit easily into more spaces in the home.

For a smaller grand, the tone produced is concert-quality without being overpowering.

In addition to a rich bass register, the treble is clear and warm. The responsive action features that valued effect Steinway is known for: the sense that it is enabling your playing, not working against you.

Other models compared to today’s Model A are the smaller Model M and, again, the larger, more expensive Model B.

To coin a phrase from Goldilocks and the Three Bears, for many the Model A is “just right” in terms of tone, size, and a cost of $110,500 with a standard ebony polish.

Today’s Model A suitable for home or institutional use

While much is made regarding the Model A being an exceptional piano for the home, some institutions, dealing with tight budgets, have turned to the Model A instead of the more expensive Model B, which can be over twice the A’s cost.

This compromise is a winning proposition for the college or mid-size concert hall that wants the quality of a Steinway at a more affordable price.

The modern Model A is the beneficiary of the many innovations Steinway included across several decades in the A-1, A-2, and A-3 models.  The result is a bold sound from a smaller ground that possesses warmth, depth, and resonance.

Steinway has done well by promoting the Model A as having it all:  concert-quality sound with a size and price that lends itself to smaller budgets and venues.

Most of all, the Model A is prized for its versatility.  An advanced pianist, as well as a new piano student, can enjoy its capabilities.

Come and test a modern Model A for yourself by making an appointment with one of the piano consultants at M. Steinert & Sons.

Find out why so many Steinway customers have found the Model A to be the piano that is just right for them.

For more reading, enjoy these other articles about Steinway pianos: