Notable Visitors to M. Steinert & Sons and Steinert Hall
The following have contributed to our history as Boston’s premiere piano merchant. 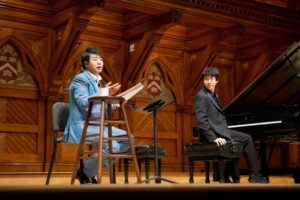 Conducted master classes in the 162 Boylston 2nd floor front showroom, and rehearsed with his father in that same room prior to a performance at Boston Symphony Hall.

Played in our Steinway room while his daughter attended a Berklee School of Music workshop. (p.s. we didn’t ask him to play Piano Man).  Read more about Billy Joel’s connection with the piano and Steinway. 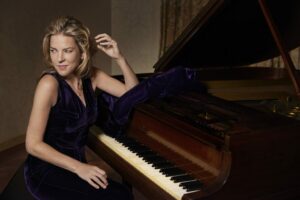 Diana Krall was touring the U.S. and playing the Pavilion on Boston Harbor. She called and asked if she could try some Steinway B’s. Apparently, she had selected a particular B prior to the tour, but the piano didn’t work to her liking in the open-air venues she was playing.  She wanted a bigger sound.  We suggested a D but the piano had to be a B since it had to fit under the floor of her tour bus. Steinert employee Steve Dawe spent the day with her and found a piano she liked. We swapped with her original B with our piano. The downside is that we had to pick up the piano in San Francisco at the end of the tour. By the way, she was Travelling with 7-month-old twins… 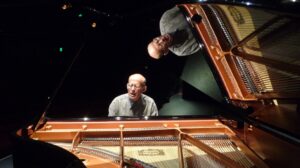 (As recounted by Steinert Employee Phil Schoonmaker) David Helfgott arrived at Steinerts in 1997, accompanied by his native German piano coach, to practice for several hours on the second floor of Steinerts in the beautiful Steinway Grand room with the palladian windows overlooking the Boston Common, prior to his concert the next day at  Boston Symphony Hall. I asked his permission to listen quietly throughout his entire one hour piano lesson on a Beethoven sonata and he agreeably complied.  Overnight he had become perhaps the most talked about pianist in the world, the prodigy at the center of the award-winning 1996 biographical film Shine, based on his true life story as an Australian pianist who at one time was an international sensation but subsequently suffered a mental breakdown before gradually piecing himself back together sufficiently to be able to play in public again. It was a story not of pianistic glory, but of overcoming seeming insurmountable odds. After his lesson he gave me a warm hug and asked what park it was upon which the beautiful windows overlooked. I said, “That’s the Boston Common.” He shot back, “Common, common? That’s not common…it’s uncommon, uncommon!” 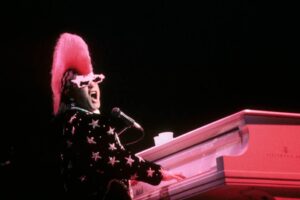 In the early 1990’s Elton John was playing at Great Woods and staying at the 4 seasons next door. One of his band members stopped in and tried a Roland digital piano.  He was so impressed that he asked if a ‘friend’ could make an appointment to try the Roland but only if we would move it out of the window. Our savvy salesman recognized the man and assured him that his ‘friend’ could come and play and be undisturbed.  We moved the Roland to the stage of the hall. Sir Elton came in wearing a disguise (all he had to do was to dress in street clothes).  He played the Roland and bought two.  The rest of the story is captured in The Day I Opened for Elton John by former Steinert Employee and award-winning pianist Gary Girouard. 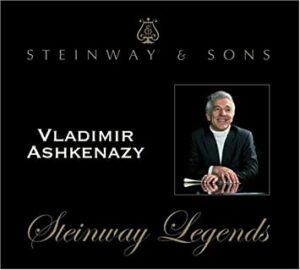 Vladimir Ashkenazy has practiced at Steinert Hall on multiple occasions before concerts at Boston’s Symphony Hall. 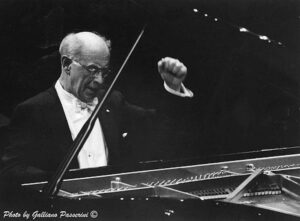 Rudolph Serkin was scheduled to play with the Boston Symphony. In fact he opened the season for the BSO for several years in the 1980’s playing a sequence of Beethoven’s concertos. M. Steinert & Sons provided him with a Steinway L for his suite at the Ritz Carlton. The movers didn’t attach the pedal lyre properly so the dampers hung up making the piano unplayable (an easy fix).  Naturally Serkin was dismayed and asked the mover if he could bring another piano. The mover suggested that he visit Steinert Hall to make a selection. As a result, Serkin stayed for four hours playing our concert grands. Before leaving he told Paul Murphy, President, he had just shipped his own piano from Chicago unnecessarily because he would have been delighted to play any one of ours.  Paul took this as a great compliment to Steinway and to M. Steinert & Sons technicians. 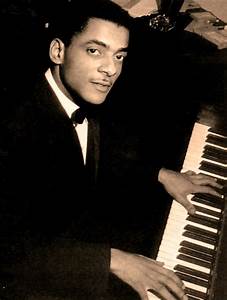 Teddy Wilson, the famous big band piano artist who broke the color barrier at Carnegie Hall in 1938 with Benny Goodman’s band, ended his career as the house pianist at the Copley Plaza. He visited 3 or 4 afternoons a week to practice and often admonished Pat Fickinger (Steinert Employee) if she hadn’t practiced that day. 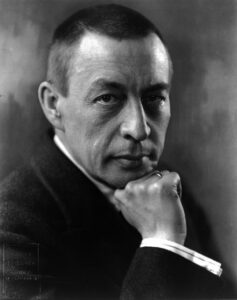 From 1930 to 1938 Rachmaninoff visited Boston every September to play at the opening of the season for the Boston Symphony. Of course he practiced and may have written in the Hall. Steinert also provided him with a Steinway model K for his hotel suite at the Bradford Hotel, now the Marriott, on Tremont Street. 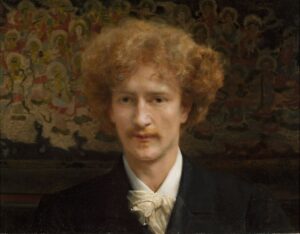 The great composer, pianist and eventual Prime Minister of Poland performed in Steinert Hall during his American Tour. 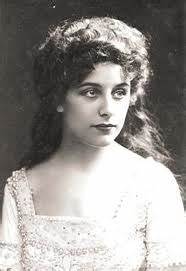 Consider that in 1896 there was no radio or TV. Newspapers were available but if one wished to address an audience he/she would speak in an open forum (i.e. Boston Common) or a hall such as the various music venues in town including Steinert Hall.  Mary Baker Eddy used Steinert Hall at the beginning of her founding of Christian Science.