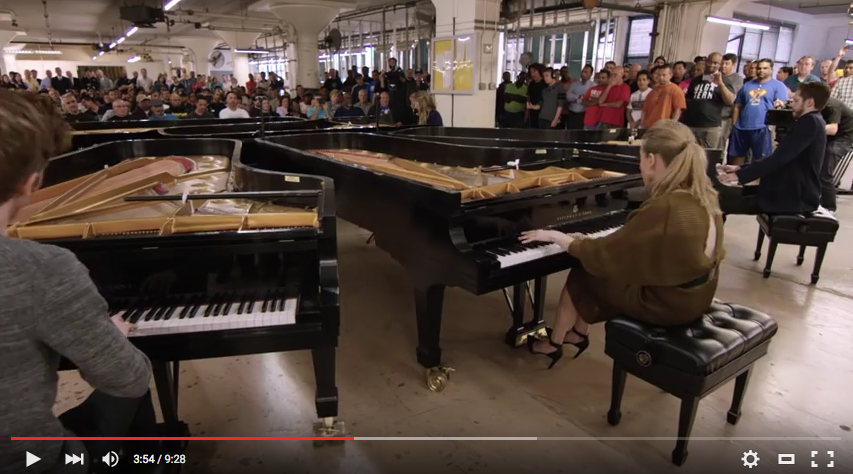 Steinway & Sons occasionally invites artists into their Astoria, NY factory to play for the 350-plus craftspeople who work on building the world’s best pianos. Recently, the company hosted The 5 Browns – Ryan, Melody, Gregory, Deondra and Desirae, who played their unique 5 piano version of “The Sorcerer’s Apprentice” by French composer Paul Dukas.

You can enjoy the performance here.

The Browns all attended New York’s Juilliard School. In fact, they became the first family of five siblings ever accepted simultaneously. The 5 Browns tour extensively and have performed in numerous venues including the Grand National Theater in China, Suntory Hall in Japan and, in the United States, The Kimmel Center in Philadelphia, Symphony Hall in Chicago and Alice Tully Hall in New York City.

During the Covid-19 response period all our locations are open by appointment only. Please call 617-426-1900 or email appointment@msteinert.com.

During the Covid-19 response period all our locations are open by appointment only. Please call 617-426-1900 or email appointment@msteinert.com.